Just over a decade ago, imagine marketing a product. Print media (magazines, newspapers) and radio (TV, Radio) would incur huge expenses, right? Technology has done a lot to change the means of marketing products and services.

In today’s marketplace, where people have only 3 seconds of their attention at first glance, Tesla Inc. is doing well.

Tesla’s strong online presence has proven to be a successful alternative to its competitors.

Do you remember any Tesla advertisements, slogans, commercials, or any other promotional material? Can you recall anything? Not at all?

There isn’t any, which is good!

However, Tesla’s brand recall is so favorable every time words like – Electric Vehicle, Sustainable Energy, Innovation, or self-driving car are mentioned. Tesla’s marketing strategy reflects the genius of how Elan Musk runs his show. His brand has become one of the most popular ones with a $0 marketing budget.

Tesla surpassed Toyota as the world’s most valuable car company in a short period of 17 years, dethroning it in the process. The expensive marketing budgets of its competitors pale in comparison with Tesla’s $0 marketing budget.

Elon Musk is one of the first CEOs to gain influence online due to his 39M Twitter followers, making him the strongest web presence among his competitors. The fact that he interacts with consumers directly (instead of sending them to a marketing team) creates an emotional connection. However, how is he different from his competitors?

I personally love Elon’s openness. He shares his accomplishments, wins and losses; seeks out fan feedback; and doesn’t shy away from controversial topics, which sometimes backfired.

What does all of this mean for them practically? When he tweets about a live stream of a product launch or a prototype release, we, his target audience, will do everything within our power to make it popular- tweet, share, create memes, blog, and rave about it! That’s how marketing works.All of this is free! Taking pride in being a part of the phenomenon is our choice. With a brand so powerful, we might as well jump on board for fear of being left out!

Tesla stays on top of the competition that way. Elon gets the young. This man is a genius, billionaire, playboy, philanthropist!

In order to dig deeper, here are 15 lessons we can learn from Tesla’s marketing strategy:

The conventional way to purchase a car is by dealing with a pushy salesman who tries to earn as much commission as possible. Overall, the process is long and not very pleasant – you negotiate about the price, test drive the car, and talk some numbers.

Tesla is completely different. There are no retail dealerships where you need to deal with salesmen. You can order, configure, and schedule pickup online, all on the company’s website. Online prices are final prices. Buying a car is smooth and hassle-free.

A friend’s or family member’s recommendation is much more trustworthy than an advertisement by a brand. Thus, Tesla’s word-of-mouth marketing is highly effective.

As a result, Tesla has offered a referral program since the company’s inception to further encourage customers to refer their friends and family.

Advertising alone in the auto industry costs billions of dollars every year. Yet Tesla spends no money on advertising. Rather, they create an experience for customers that automatically transforms them into fans. Essentially, Tesla shapes its brand with innovation and simplicity – setting itself apart without compromising on quality.

Make the most of your CEO’s presence on social media

In general, CEOs are hesitant when it comes to social media. The reason for this is quite understandable as they are the face of the organization. An incorrect post can seriously damage the brand’s reputation.

Tesla’s success has more to do with Elon Musk’s social media influence than any marketing budget they spent. Calling him a mere “influencer” would be an understatement, as he has more than 34 million followers and 11,000 tweets.

Promote your vision and mission constantly

Every company or brand must have a strong vision statement. During testing times, it assists in guiding the company in a forward direction. However, when used strategically, it also supports all marketing efforts.

“To create the most compelling car company of the 21st century by driving the world’s transition to electric vehicles.”

And Tesla’s mission is to “accelerate the world’s transition to sustainable energy.”

Tesla Motors is more than a car company. You can certainly emulate this strategy when using your mission and vision statements to build a brand with a loyal following.

Once a customer makes a purchase, the experience doesn’t end. After a purchase, customers engage with your product regularly, which affects their opinion of the company and its services.

Putting itself in its customers’ shoes, Tesla thinks through the entire journey. Tesla, for example, has constructed a vast network of supercharging stations throughout the United States and Europe to enable customers to charge their cars while on the go. Here is a lesson: companies that are concerned about post-purchase customer needs will be the big winners in the long run.

Honesty and transparency with your customers are extremely important. Whenever you’re working to fix a problem, a problem that will disappoint your customers, it’s important to be transparent about it instead of hiding it.

Due to manufacturing problems, many pre-ordered Tesla Model 3 customers had their delivery dates delayed. There was soon a backlog of Model 3s sitting at assembly plants, and customers began wondering why they hadn’t received them.

Tesla was upfront about its problems instead of hiding them. Elon Musk responded personally to many customers who tweeted the company with realistic updates on the situation.

Customer patience increases when they understand what’s really happening behind the scenes. Your digital strategy should emphasize transparency.

Take on the competition

For about a decade, other companies were seen by the company as competition. But then they realized they were being foolish. As a company, Tesla’a mission is to accelerate global transition to sustainable energy, and so they thought other companies should use their ideas as long as they contribute to making that transition.

Tesla is demonstrating its ability to cater to competition. Rather than worrying about your competitors’ success, you should try to become the best at what you do while realizing your company’s mission – which usually is for the benefit of your target audience. 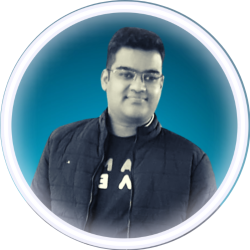 An investment consultant with a passion for blogging, SEO, Digital Marketing, and enabling people to increase productivity and efficiency in their work and personal lives by exploring technological tools and resources.

This first widget will style itself automatically to highlight your favorite product. Edit the styles in Customizer > Additional CSS.